Lots of couples have rough patches and our interests in each other come and go, depending on how secure you feel as a couple. But if you do suspect that your partner could be having an affair, how can you tell? What are the signs he’s cheating?

We’ve come up with a list of the 12 most common signs and explained what the innocent explanation could be and the reasons why it could be a sign of cheating.

Signs he could be cheating

His behaviour: Suspecting that something’s up is often the first sign for many women. Admittedly intuition isn’t proof that your fella is actually doing anything wrong, but you know that something doesn’t feel quite right. Often in these cases, you’ve spotted some of the other signs subconsciously.

The innocent explanation: Quite simply, your intuition could be wrong. Do you talk to each other enough? Perhaps he’s going through a stressful time.

The guilty reason: Hunches have been proved to be correct more often than not. If instinct is telling you that he could be playing away, then keep your eyes and ears open for some of the other signs.

His behaviour: Now that technology makes it easier to contact people, this not only means that it’s easier to have an affair, but there are also more places to be caught out. You may discover that your man has an email account you never knew about, or perhaps he has two phones and you only know one number. Another common sign is when he starts taking calls and walking out of the room, often telling you it’s work, and then gets defensive when you get near his phone.

The innocent explanation: His boss has asked him to be on call when he’s at home, given him a work phone and your partner doesn’t want to interrupt whatever you’re doing.

The guilty reason: His mistress is sending him texts or emails while you’re at home and he’s trying to cover them up. If you’re tempted to snoop at his phone then tread carefully – are you sure your suspicions are worth betraying his trust?

3. Your friends notice something’s up

His behaviour: This isn’t anything he’s done, but often friends and family will notice that things aren’t quite right between the two of you and start asking questions.

The innocent explanation: You’re going through a tough time or you just tend to be a little more on edge when you’re in other people’s company.

The guilty reason: If more than one best mate starts asking if everything’s all right between you, maybe it’s time to stop and think – especially if you hadn’t noticed anything was wrong! 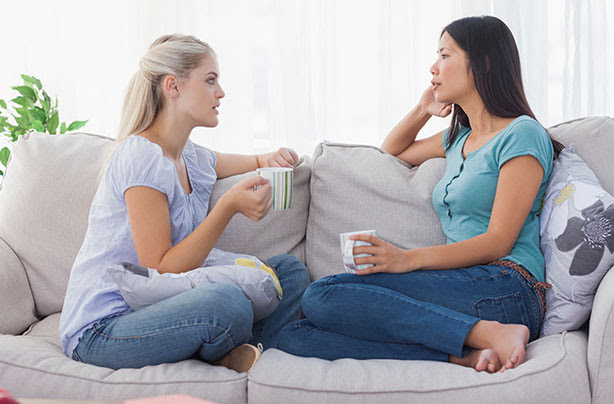 His behaviour: Has he started changing his daily routine for seemingly no reason? Maybe his actual job hasn’t changed, but he starts leaving earlier in the morning and getting back later. Or perhaps he told you he was out with Steve last week, but you later discover that Steve was away at a conference.

The innocent explanation: Work could be getting more stressful – perhaps someone has left, leaving him with more work than normal. Alternatively, he could be arranging some sort of surprise for you and he doesn’t want you to know what he’s up to.

The guilty reason: Once someone starts lying, it becomes more and more difficult to keep up the act, so when small unexplained things start happening or you notice inconsistent things, there could be something not-so-innocent as an explanation.

5. You’re not invited to work dos any more

His behaviour: Remember the days when you always used to go to his Christmas parties or summer balls? He always asked you to come for a drink with his work colleagues if you were free, but all of a sudden there’s been a ‘change of policy’, or maybe he just doesn’t even suggest it any more.

The innocent explanation: A lot of companies are cutting back on non-essential things and if that means not inviting partners to anything any more, that’s what they’ll do. Or perhaps it’s slipped his mind to invite you without realising?

The guilty reason: If the work invites start drying up, it could well be because he’s seeing someone at work and doesn’t want you to meet them and create an awkward situation… for him, obviously. 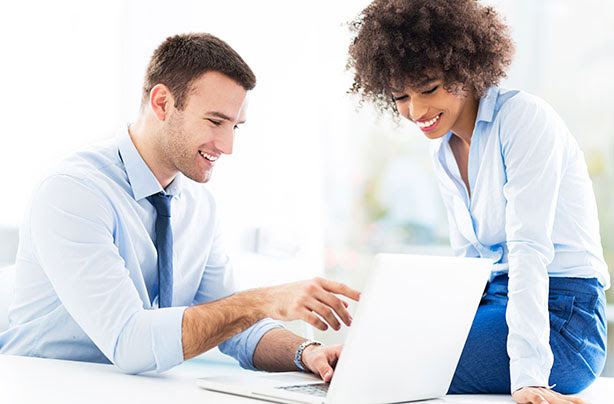 If he’s not inviting you out with work, is it because it’s slipped his mind, or is there a more sinister reason?

His behaviour: He spends more time being interested in you than normal. Perhaps he buys you gifts unexpectedly or starts helping look after the children more than normal. He may even start doing more around the house, ironing, washing, or those niggly DIY jobs that have been left unfinished for months.

The innocent explanation: Have you been going through a bad patch recently? Your fella could have decided to make more of an effort in order to get things back on track – positive thinking is important in relationships.

The guilty reason: He’s feeling guilty and wants to make up for the fact that he’s having an affair. This sort of thing often happens in the early stages of an affair. 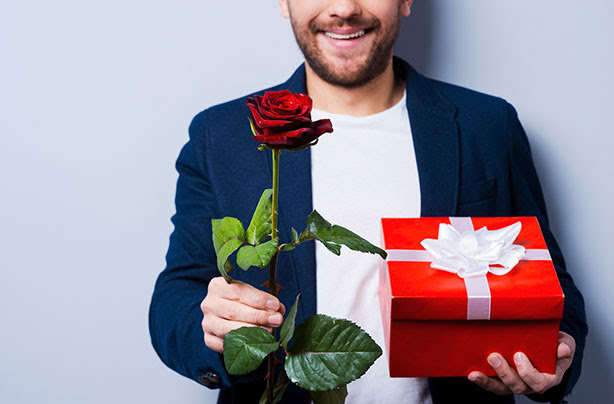 Just because he’s been a little more attentive lately, could that mean he’s cheating on you?

7. He gets irritated quickly

His behaviour: When you ask him questions about what he’s been up to, he starts to act all defensive and jumpy.

The innocent explanation: He could be planning a surprise holiday or romantic break and doesn’t want you to ruin the surprise.

The guilty reason: He’s worried that you’re checking up on him and will discover his cheating ways.

8. He accuses you of cheating

His behaviour: This will probably come as a bit of a shock, but he’ll possibly ask outright if you’ve been seeing someone else. Men tend to be more direct than women.

The innocent explanation: Although statistics show that men cheat more than women, that doesn’t mean he won’t have his own suspicions. If your relationship is going through a rough patch, it’s not an unreasonable explanation – especially if you’ve stopped talking as much.

The guilty reason: It’s common for cheaters to suspect their partners of cheating simply because they believe that if they’re getting away with it, you can too. This is also how many people who cheat deal with their guilt – they try to make themselves feel better by turning the tables. Once you’ve got over your initial shock at being accused, it might be worth looking a little closely at what he’s up to!

His behaviour: Has your partner started wanting to watch new TV programmes, listen to new music or even bought new clothes or a new aftershave?

The innocent explanation: He could be just wanting to update his look and trying new things, or maybe he’s discovered a new website or magazine that’s giving him new recommendations.

The guilty reason: A new woman often means he experiences new things (other than sex) that you have no hand in.

His behaviour: Your husband suddenly starts doing something new and amazing when you’re in the throes of passion. It could be a new foreplay technique, or maybe even a new sex position you’ve never even heard of before.

The innocent explanation: He could well be looking at new sex tips and thought he’d give them a go. Don’t knock the guy for trying!

The guilty reason: If it happens more than once, then it could be because someone is teaching him something new in another bed!

His behaviour: This is almost the opposite of him being over-interested in you. Maybe he’s stopped being interested in what you got up to during the day, or he no longer says ‘I love you’ or doesn’t even want to kiss or hug you any more.

The innocent explanation: Could he be stressed or worrying about something? This can often explain mood swings or disinterest and possibly he won’t realise he’s suffering.

The guilty reason: If he starts becoming less interested in finding out what you’ve done during the day and how you’re feeling, then it’s often an indication that he’s getting his emotional fix elsewhere. When kissing stops in a relationship, it’s often seen as a big warning sign.

His behaviour: Of course he already showers, but he may be diving into the shower the minute he comes home which is unusual.

The innocent explanation: Perhaps he just feels like he wants to freshen up when he gets home from work, nothing wrong with that!

The guilty reason: He wants to get rid of the smell of another woman’s perfume.

None of these signs is proof enough on its own that your man might be cheating on you, but altogether they might an indication.

What you do next is up to you, but at least you can talk to him knowing that you’ve weighed up the signs and options

"Doggy sex style” is Dangerous; It can kill – Minister explains
Ladies allow your Man to CHEAT, he will QUIT when he’s tired - TOP Marriage Counsellor
Your ex should never be your friend -Counsellor Charlotte Oduro [Watch Video]
KNUST: Don’t Wallow In Sorrow. Here Is How To Get Over A Break-Up
Don’t date a guy whose mattress is on the floor, they’re NOT ready for marriage – Lady advises
How To Win A Girl’s Heart In 3 Days -Simple Tricks
Lady bites boyfriend’s tongue during romance and runs away
Spread the word

Konongo: One student tests positive for COVID-19 at Wesley SHS